Footballer Bernardo Silva Height, Weight, Measurements, Shoe Size, Age, Biography details. Bernardo Silva is a Portuguese Football Player. He became popular for his performance as a midfielder for the team, Manchester City. His known for his technical, passing and dribbling abilities. Bernardo is often deployed in a creative role as well as noted for having an eye for goal. 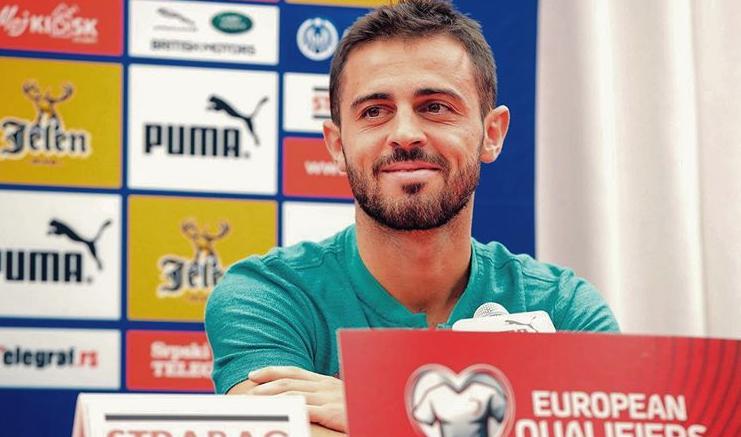 Bernardo Silva started his professional career in the club Benfica B in 2013. He made his first professional debut on 10 August 2013 playing against C.D. Trofense. He was able to score a total of 7 goals, which he made on 36 appearances.

Later, he was loaned to Monaco on 7 August 2014. He made his debut on 17 August 2014 against Girondins de Bordeaux. After series of brilliant performances for the team, he became a regular starter for the team.

After that, he joined Monaco on a permanent deal on 10 August 2015 for which he gained a lot of popularity and fame. He was involved in the team for 2015-17. In this period, he was able to score 86 goals, in a total of 22 His performances attracted the attention of lots of big teams in Europe. The match he played against Manchester City was one of the finest game he ever played. He was brilliant in holding the ball as well as creating passes..

As a result, he was signed by Manchester city on 26 May 2017 signing a five-year contract paying the transfer fee of  €50 million (£43.5 million). So far, he has scored 6 goals in a total of 35 appearances for the team. And, he grabbed the prestigious Premier League title in his debut season. At the moment, he is playing for the club, Manchester City since 2017.

He is currently selected in the Portugal national team to play in 2018 World Cup. Till now, he has made 23 appearances scoring 2 goals.

He has not won any awards till now. But, the progress he is making in his career will surely land him some big awards in coming days. Read biography of Raphael Guerreiro and Andre Silva.